I recently got my hands on a new product from the company WARFYTR. This is their Rifle Magazine Carrier that uses a self-locking design that allows the magazines to be stored in the hanging position and “oriented to the weapon”. This is intended to speed up reloads as there is less movement of the magazine required. It also uses adjustable universal mounts that will fit belts up to 2″ and will also fit in MOLLE/PALS webbing on tactical vests and other equipment. The clips can also be set in 3-different positions and are ambidextrous.

This model currently only works with USGI 5.56×45 NATO magazines, but I’m told a PMag version is in the works for 2014.

In the playing around that I did with the carrier, I didn’t have any retention issues, even when running and jumping around with it. The magazines snap in, and you give them a twist and pull to remove them. The “latching mechanism” that is in the carrier is designed for specific magazines. Because of that, you will have to use carriers specifically designed for the magazines you will be using. This limits them over say, a pouch, but I don’t think that will be much of an issue in the reality of things.

This really looks to be an innovative product for shooters; I can definitely see it used in 3-gun competitions and other high-speed applications. It may not fit the bill for all users, but it’s definitely worth taking a look at.

You can pre-order them on the WARFYTR website. Give them a look and let me know what you think! 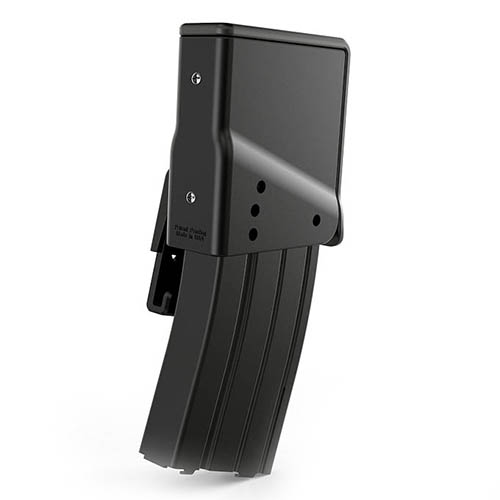 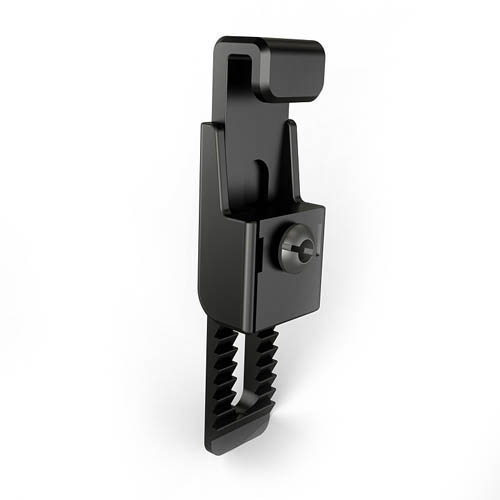 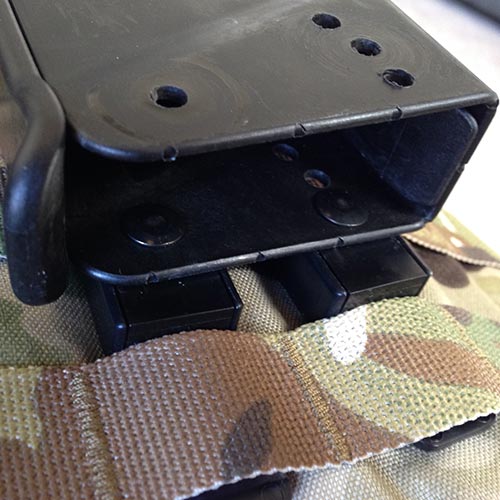