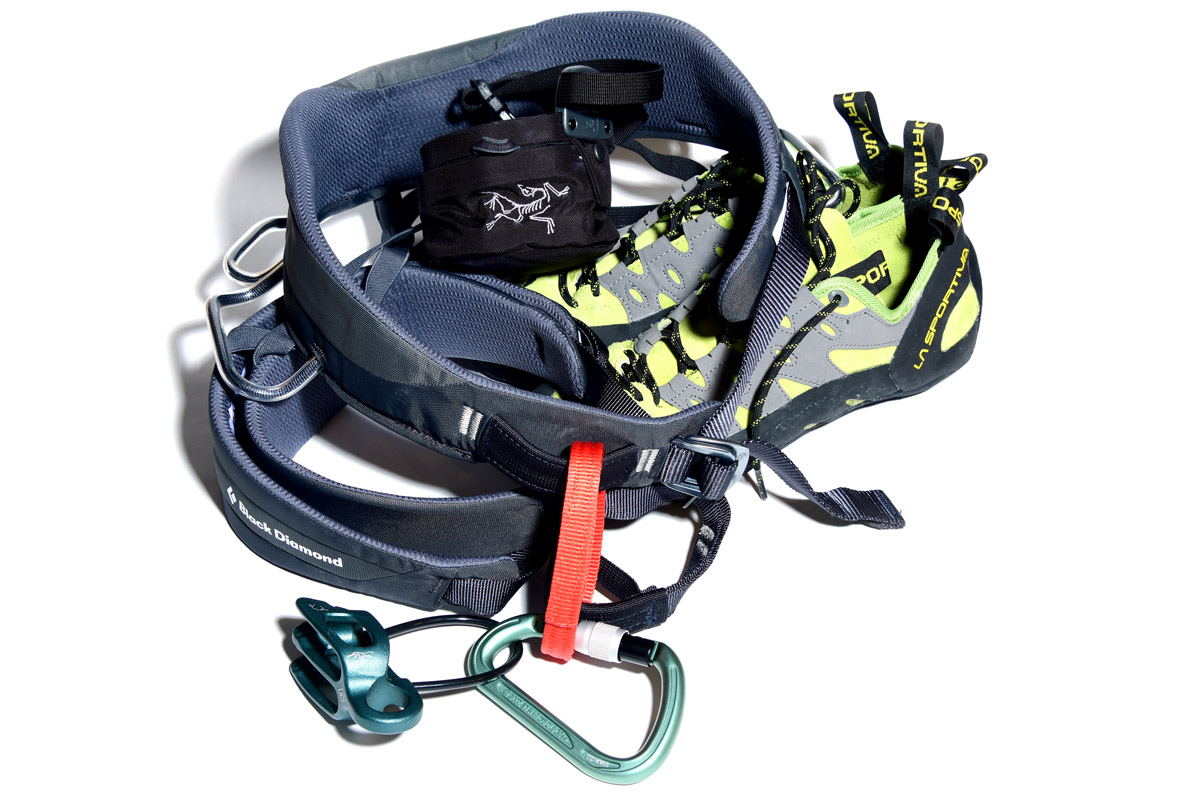 I recently started getting into rock climbing (top rope climbing), only indoor right now. I’d done it a few years back but never really got into it, but now I’m jumping in with both feet, so to speak.

You can rent gear, but you really will want your own gear. It lets you get more familiar with everything, something very important when your hanging 30′ off the ground and it will save you money if you plan on climbing a lot. You should definitely rent, if it’s an option first to see what you like, but eventually, it’s definitely worth buying, especially if you are planning on getting out of the gym eventually.

I ended up just buying some stuff, and did a TON of research, and I’m quite happy with what I ended up getting, but I did buy a lot of extra stuff in trying to figure out what I needed/wanted. I’m also a gadget guy, so the extra stuff (mostly carabiners) I’ve found uses for so it wasn’t too bad. But after a couple weeks of having and using the basics, this is what I could have ended up with and been completely happy.

END_OF_DOCUMENT_TOKEN_TO_BE_REPLACED

At a recent gun show, the McNett distributor gave me a large microfiber towel package to try out. I was excited to have a compact towel that I could take with me when traveling or backpacking, as it always seems like I’m fighting for space to have a towel with me, or I just don’t bring one and wish I did. 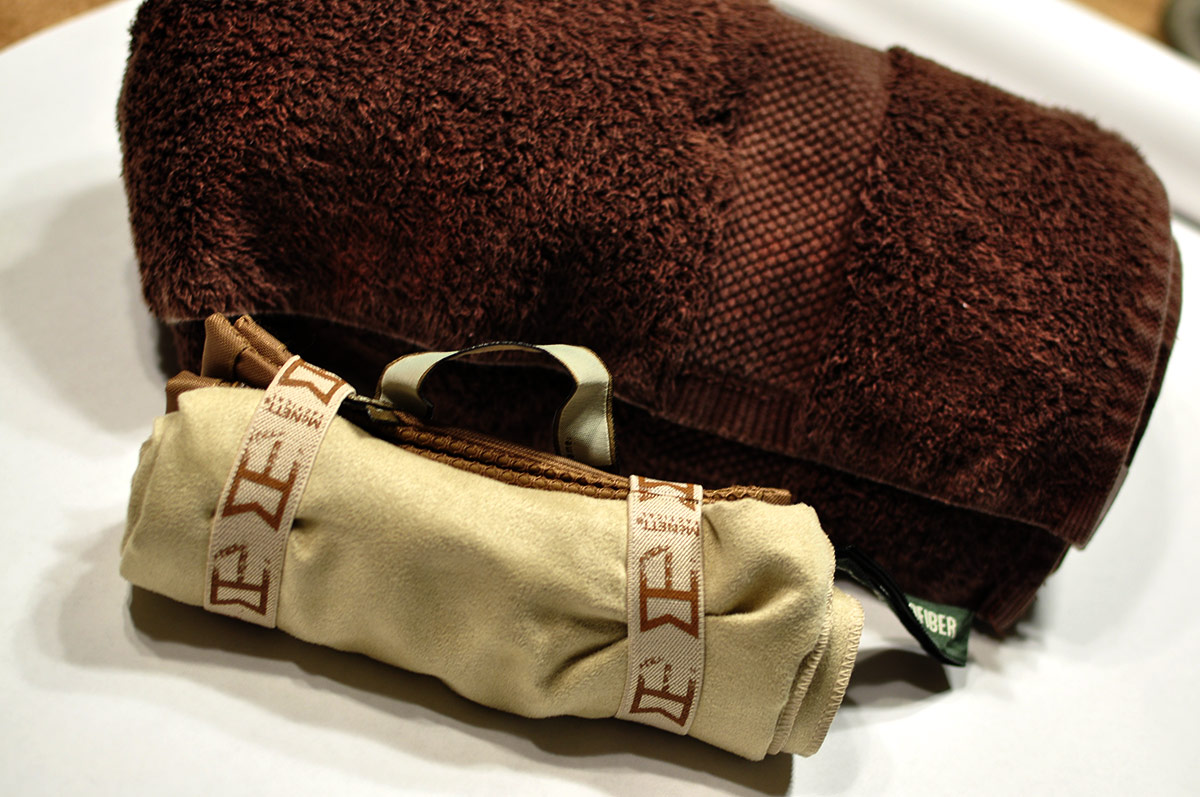 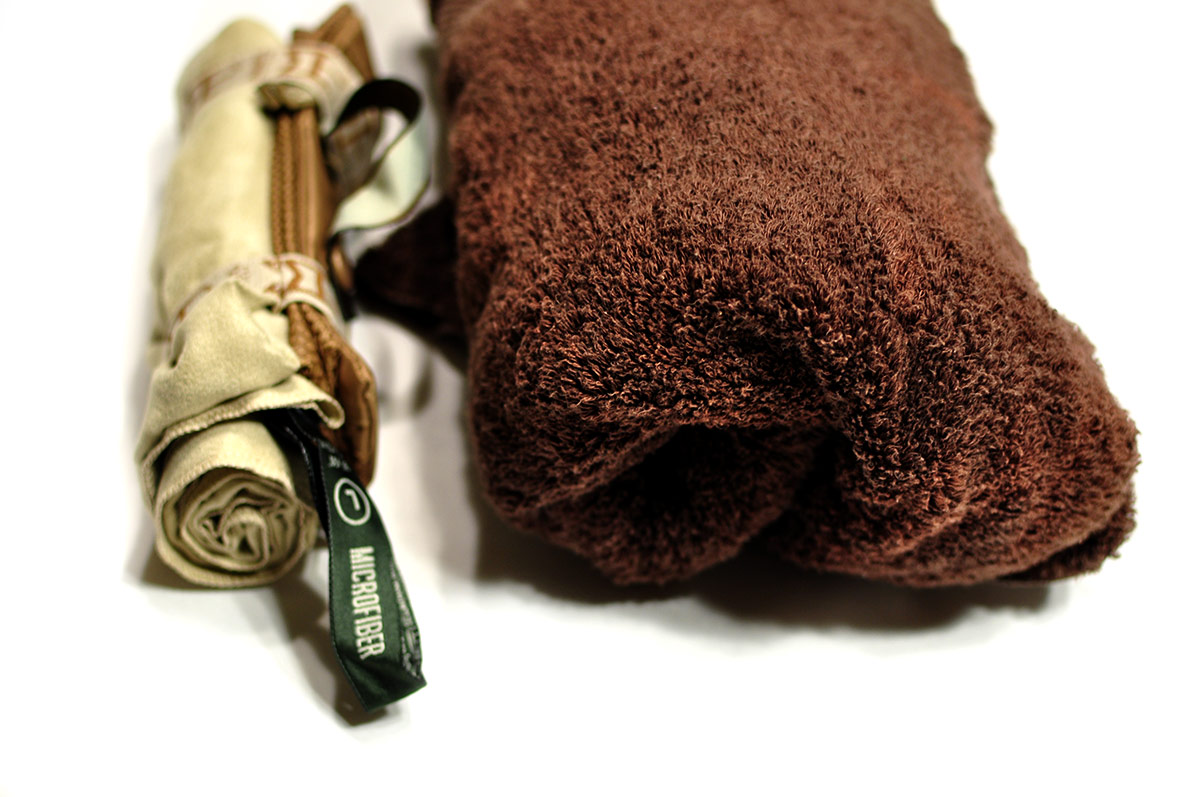 The package I received is the large towel, in sand color (30″ x 50″, the size of a standard bathroom towel) weighing in at 5.8oz on my scale (they report that it weighs 6.4 oz on the packaging). The whole kit, including the towel, 2 straps and a cosmetics bag weighed in at 8.0 oz. Just for the sake of comparison, I grabbed one of my bathroom towels, of the same size, and it comes in at 1 lb 8.6 oz. Substantially heavier than the McNett towel.

The McNett towel, when rolled up with the cosmetics bag measures in at 8.5″ x 2.5″ x 2.5″ (L x W x H) and you could probably compress it down more if you need to, this was just rolling it up and taking the measurements. This makes for a tiny package, a normal towel, the one I weighed before, measures in at 13.5″ x 5.5″ x 5.5″. Much larger then the McNett package.

Note: Your bathroom towels will probably not be the same as mine, and there is a really wide range of them, so the numbers are just for reference.

I’ve used the towel a couple of times, and so far it has proven to be quite durable and very absorbent, more so than most of my normal towels actually. So it will definitely work well out camping, or even if you are at a friends house that doesn’t have any extra towels (we all know that guy). It’s also a great addition to the gym bag.

McNett also lists on the packaging that you can use the towel for more than just a towel, for example, a blanket, wind block (for a shelter, etc.), or a sling. I’m sure you can probably come up with more uses for it as well.

This towel is now mandatory gear and goes with me in my camping gear and in my back pack for long hikes. It’s worth the extra weight, and it doesn’t take up much space. A welcome improvement over the normal towels I used to take with me.

McNett also offers other various size towels, their information is listed below:

If you are interested in picking up one of these towels, just hit the buy now button below and it will take you to Amazon where you can get one. 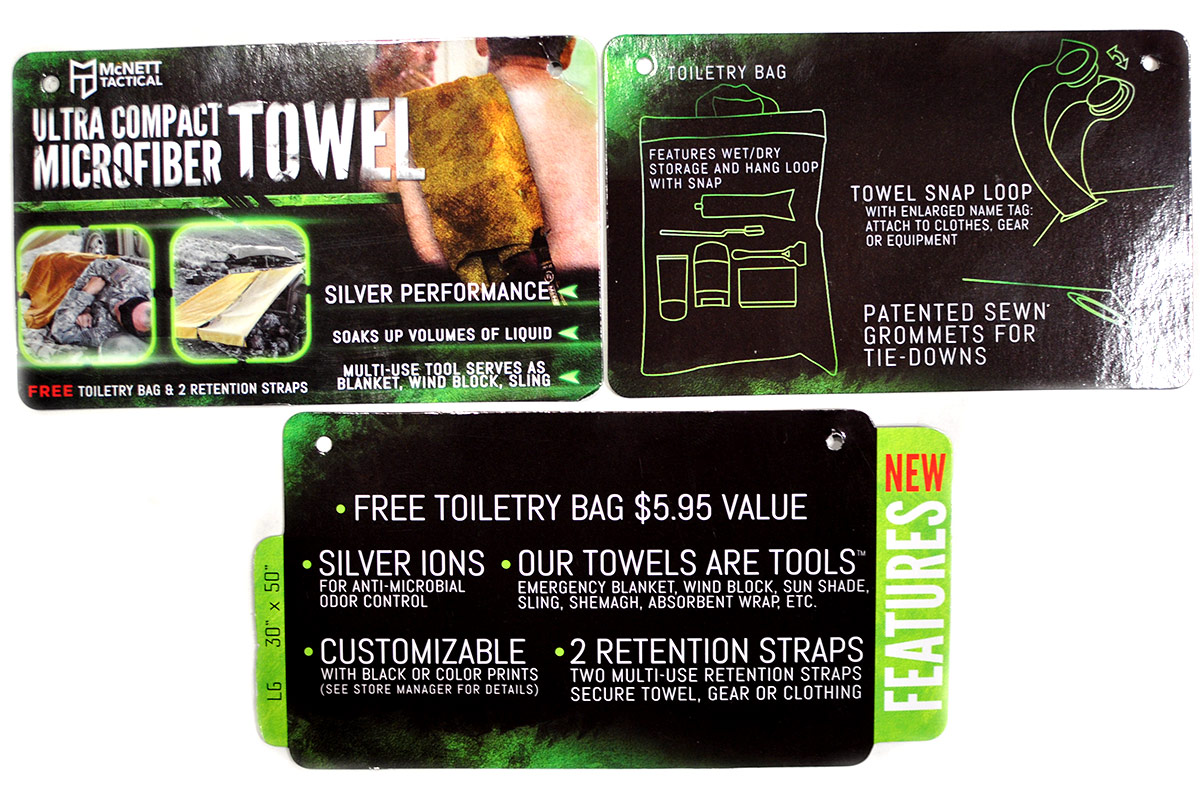 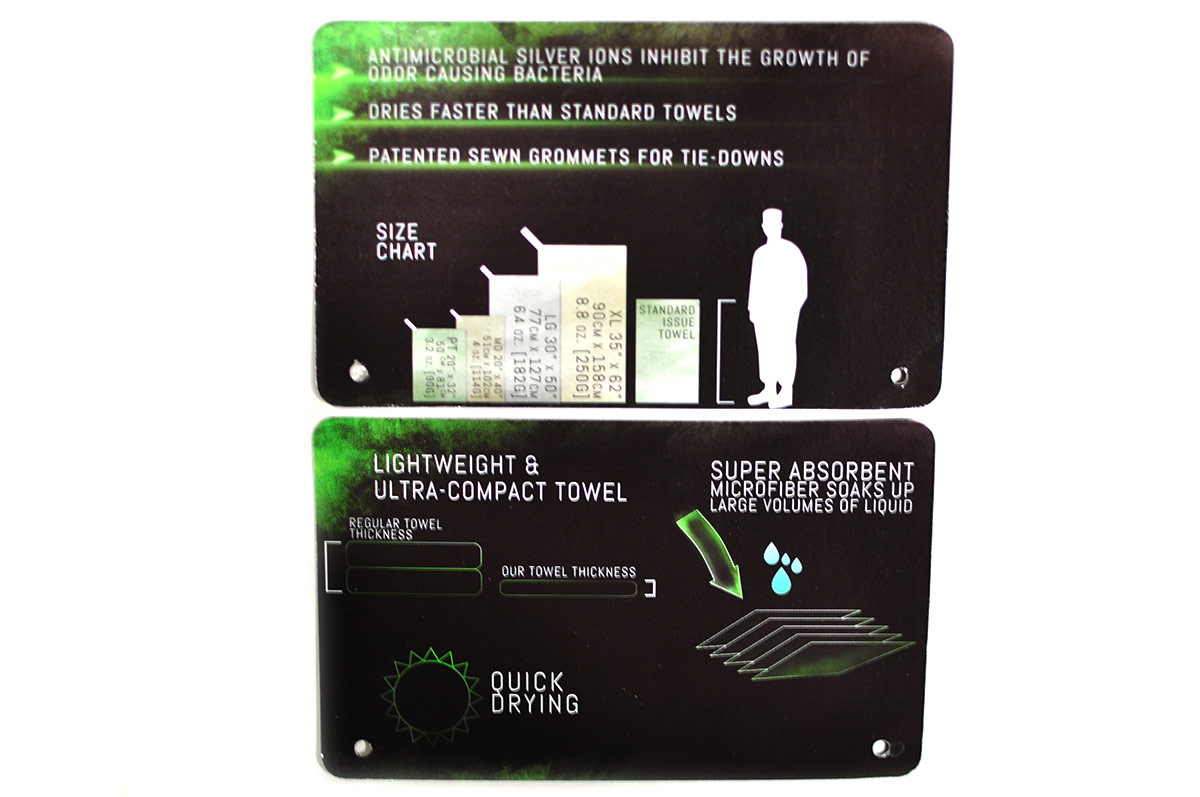 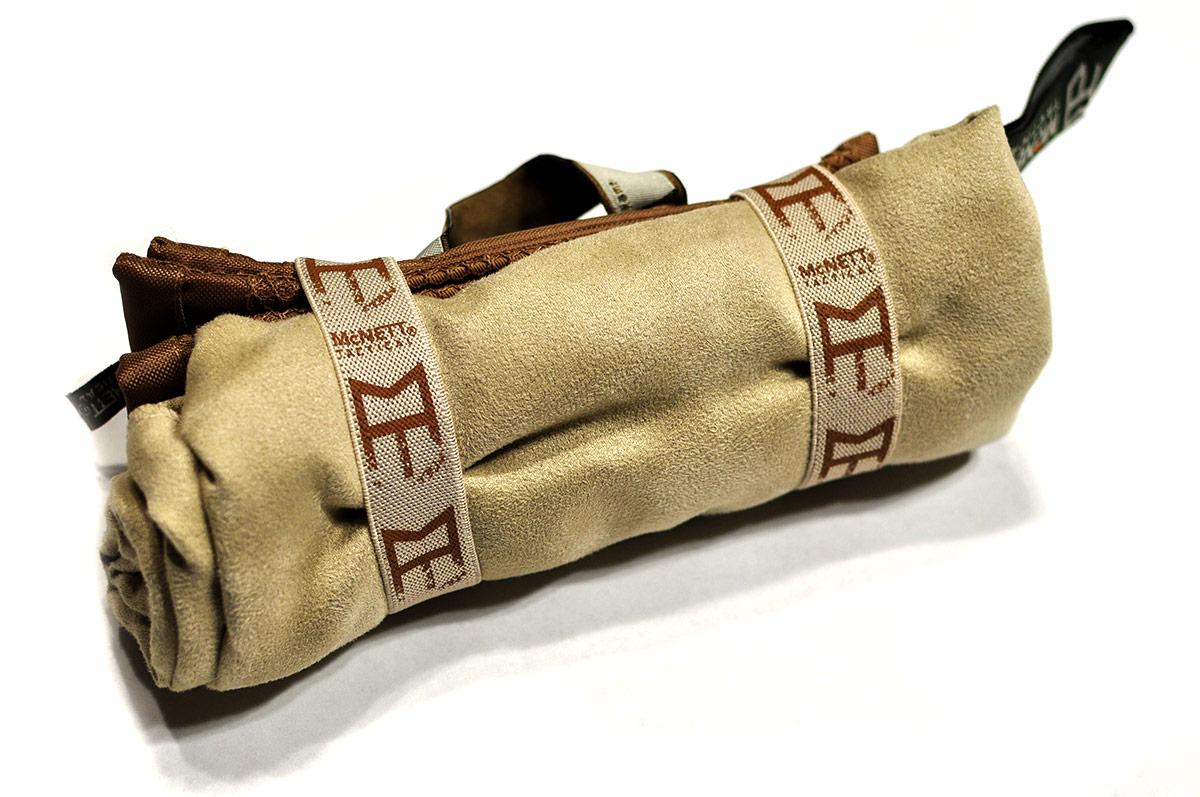 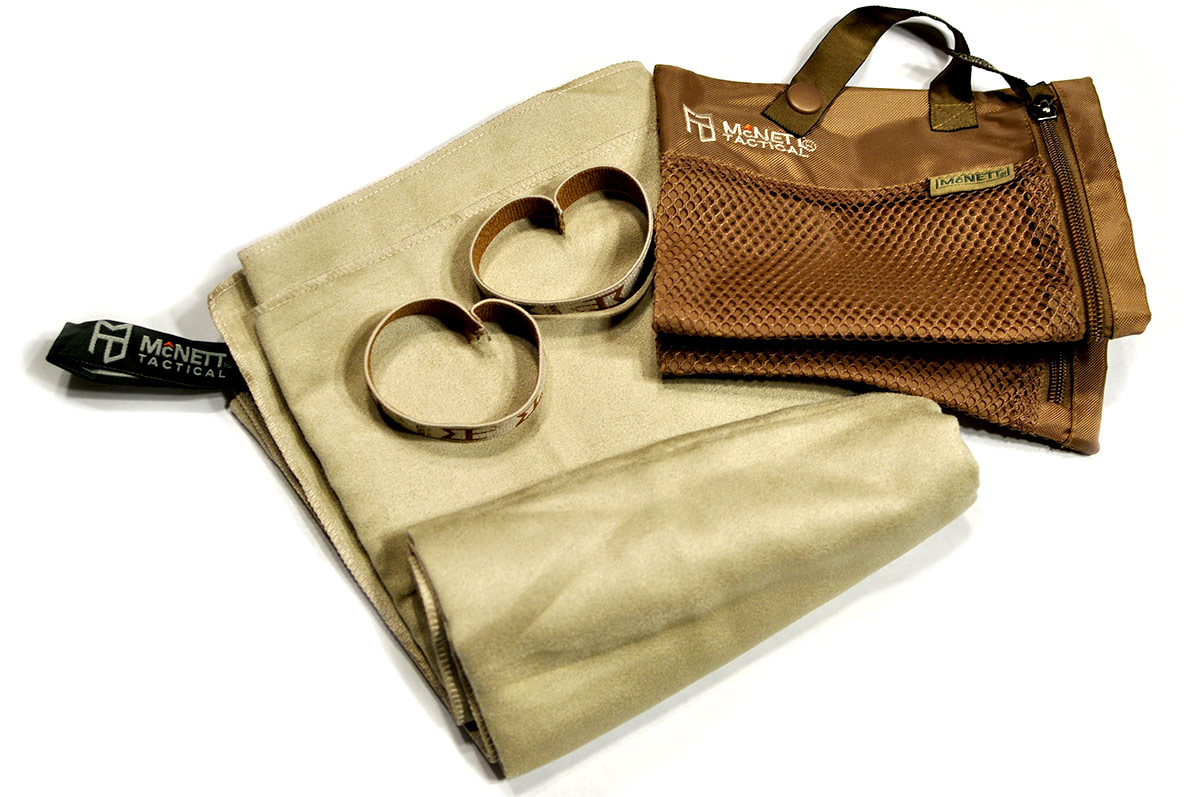 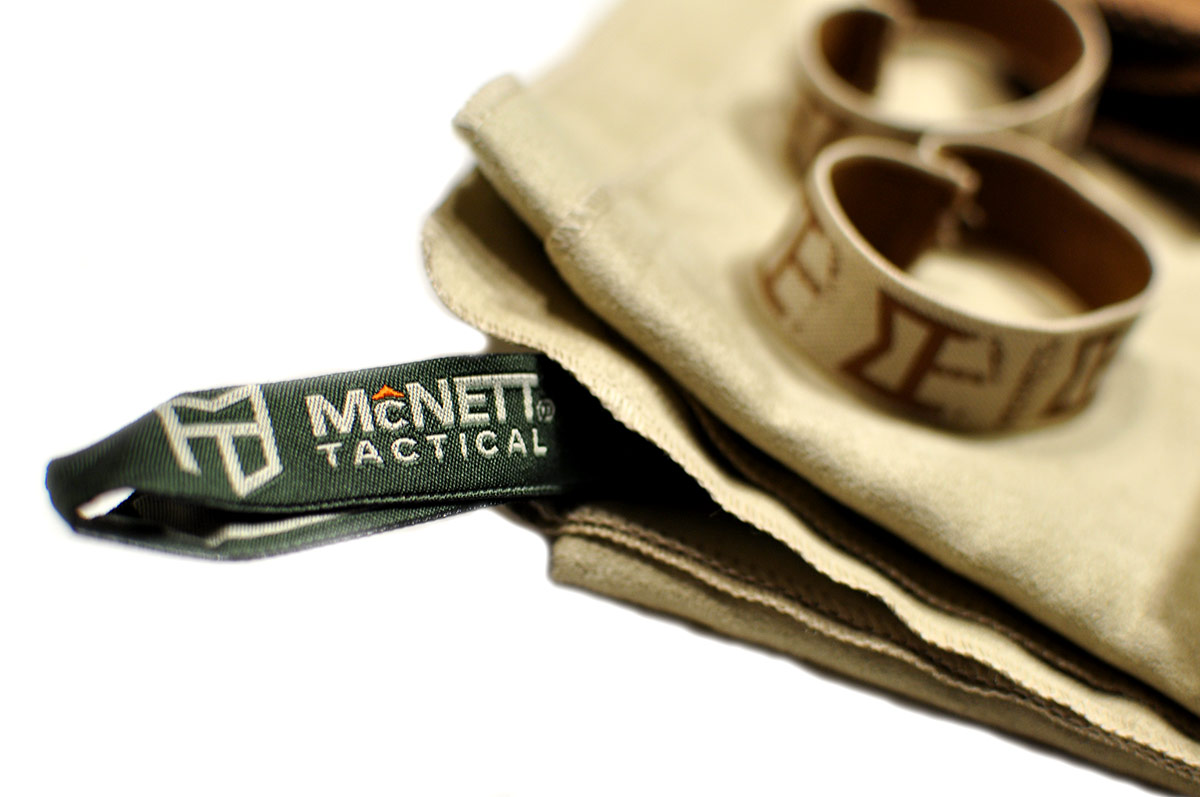 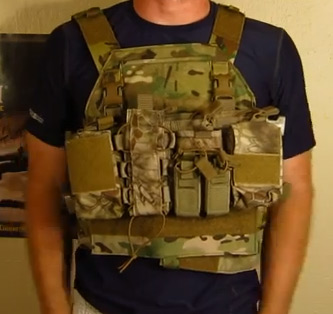 I recently was able to get my hands on a Velocity Systems Light Weight Plate Carrier in Multicam. I was looking between a few models, but this one seemed to have the most reasonable prices (that I could find) and worked the best with the gear that I already had.
The Velocity plate carrier uses a SwiftClip system that allows for easy adding of various other equipment such as the Haley Strategic D3 Chest Rig, something that I currently use. So this allows me to have a full plate carrier setup or just a chest rig with the same load out that only requires using a couple of clips and some Velcro to change between.
Here are the specs for the carrier from Velocity’s website.

Overall, the fit and finish on the carrier is awesome. Everything is double stitched and appears to be very well made. Also, the Velcro seems to be very high quality and should last a long time.

For a detailed review, check out the YouTube video below!