I purchased a SWFA SS 10×42 scope (the ‘SS’) many years ago, and have been using it, with great success.

At the time I purchased the scope, the $299.95 price was, by far, the most expensive optic I had ever purchased. And even at that low relative price, I have been nothing by extremely happy with the optical quality and overall functionality of the scope. I have used other high-priced scopes and in more than one occasion preferred the SS over options that have cost 4-5x as much.

END_OF_DOCUMENT_TOKEN_TO_BE_REPLACED

In the box, the Leatherwood CMR scope comes with the basics… A short user’s manual, an Allan wrench for adjusting the “ZRO-LOK” turret system, a cleaning cloth, 2x CR2032 Batteries, and a set of flip-up covers. 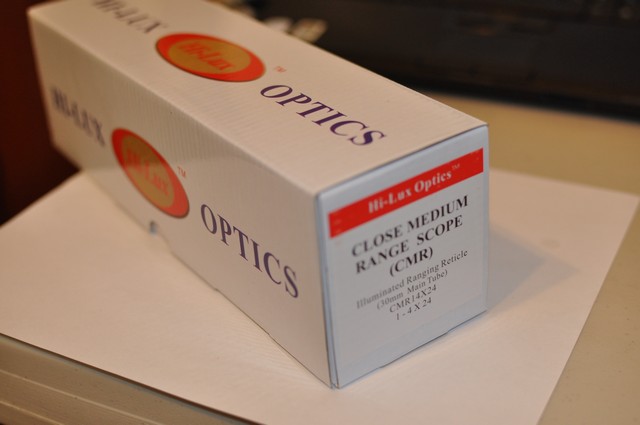 The overall feel of the scope is good; it has a nice weight to it and feels durable. All of the adjusters have firm indexing, so you can tell when you are tuning them; and they require a bit of force to actual make the adjustments.

The ZRO-LOC system allows you to lock the “zero” of the scope, and then make positive adjustments from that point of zero. It’s an interesting concept, but it will require some more messing with before I can say if it’s a good thing or a bad thing.

Adjusting the power of the scope through the 1x – 4x range is smooth and easy using the power ring. There is a nub that sticks out, so it is easily adjusted without actually having to look at the adjustment, i.e. while looking down the scope.

The clarity of the scope seems to be the same throughout the power ranges, however I did need to make some tweaks to the focus going from very close (1x @ 5 yds) to far away (4x @ ~100 yds). I was able to find a happy medium where near and far were clear, but it took a bit of tweaking.

On quick shouldering of my rifle, I did notice that I needed to be looking straight through the scope to avoid losing sight picture. It doesn’t function well from strange shooting angles (something that an EOTech works great for). In theory, this could be an issue for shooting off hand or from extreme or contorted positions.

The illumination of the reticle is controlled by a dial on the eye piece. There are 11 brightness settings. NV (night vision), 2 – 11, and an Off position. You can rotate the dial both directions, allowing you to go directly to either end of the brightness spectrum.

The reticle is interesting; I’m not completely sold on it. A lot of the elements are quite small and if you are in a quick aim situation, it could be hard to locate the parts you need. However with that said, operating in more of the scope perspective, the reticle is nice and contains some great drop and lead information.

The illumination of the reticle is pretty bright, especially for lower light situations. It washes out in bright light (outside, etc.) but the black reticle is still quite visible and clear. The illumination is definitely much better suited for indoors or dark/jungle type areas. Also, with the green illumination, the reticle does not wash out and is visible on all surfaces that I tested in lower light. In direct sun, the black reticle is visible and seems to function as any other scope would in the same situation. The below pictures show the reticle; The 1st is the illuminated reticle inside, the 2nd and 3rd is the illuminated reticle outside. 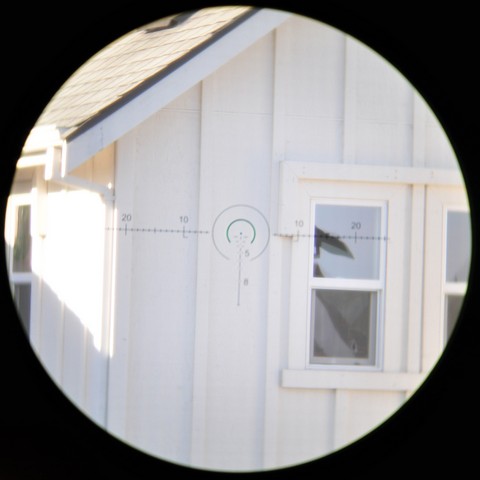 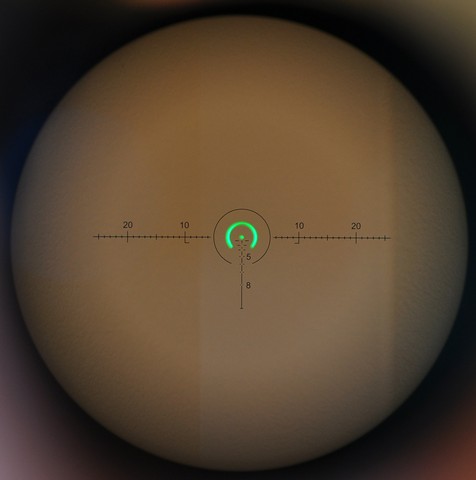 The bullet drop indicator is set for either .223 (5.56mm NATO) 62 grain or .308 (7.62mm NATO) 168 grain ammunition. Included in the instructions is a basic ballistics chart containing ranging and drop information.

Here are some samples of the magnification of the scope, the 1st pictures is at 1x, the 2nd is at 4x. 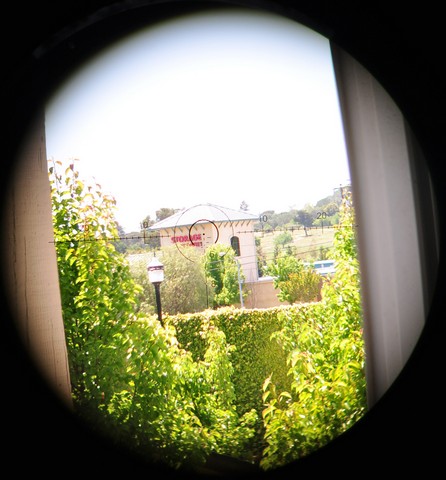 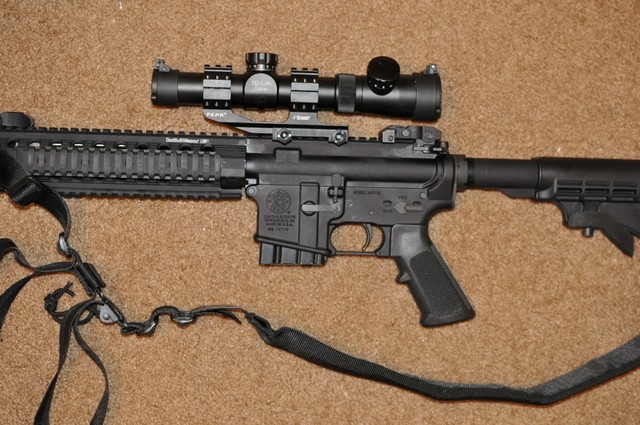