In my search for body armor I gathered a lot of information (Body Armor Information) and I wanted to have a couple options. So I ordered some basic IIIA soft plates for my plate carrier (TopBodyArmor.com Soft Plates) and I ordered a custom made Point Blank Vision concealable vest. 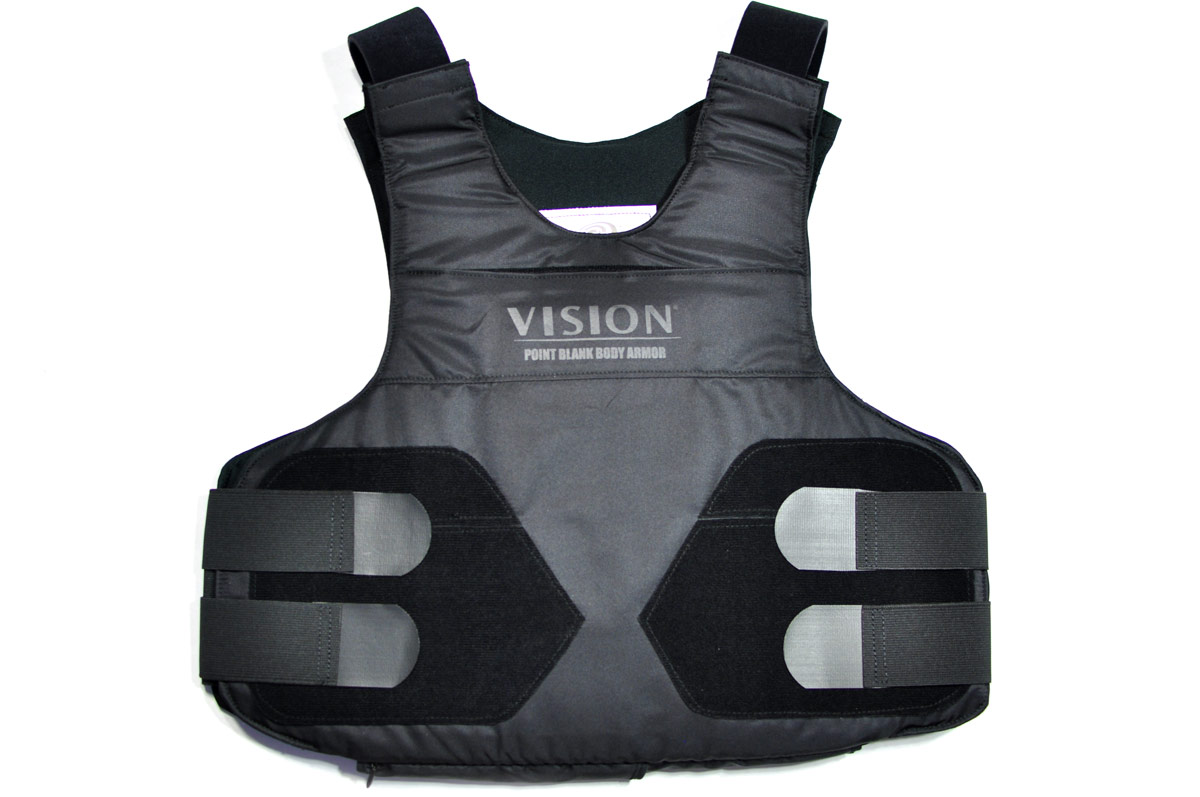 END_OF_DOCUMENT_TOKEN_TO_BE_REPLACED

In one of my previous posts on body armor, I mentioned that I ordered some IIIA soft plates for my plate carrier from TopBodyArmor.com (via eBay). I just got them in the mail, and here they are. 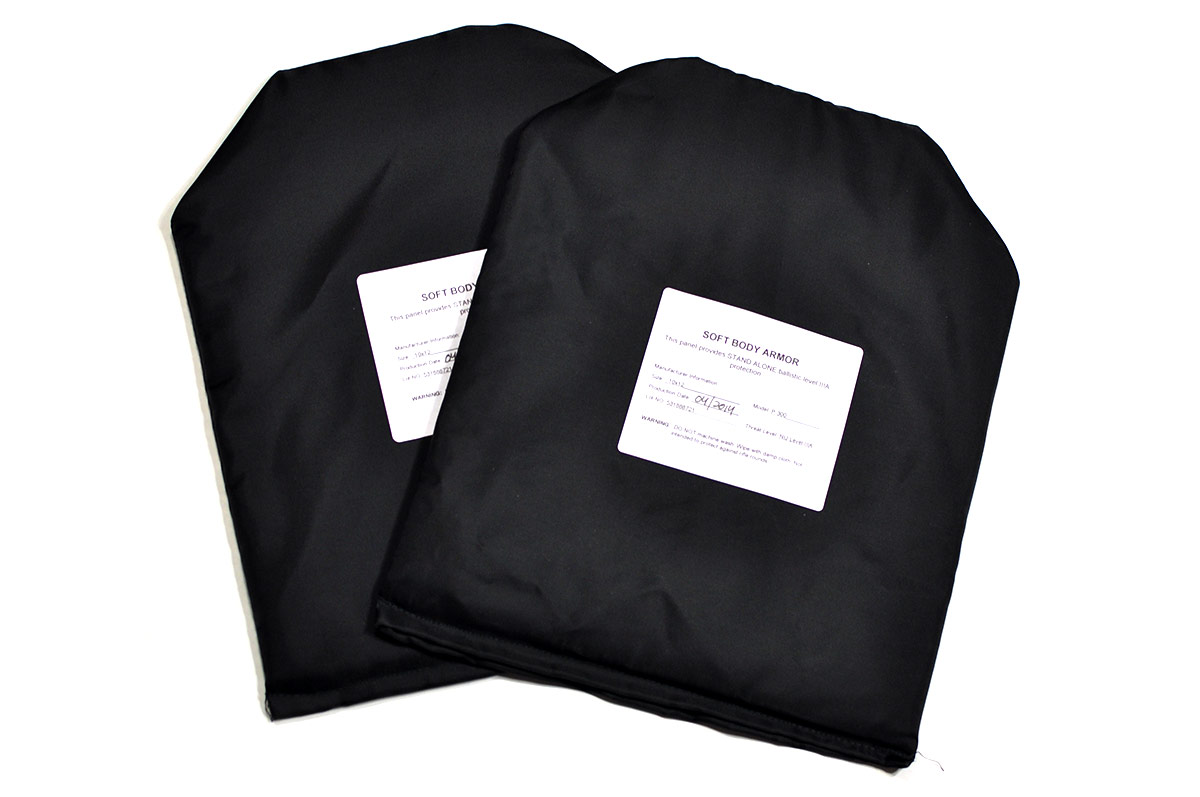 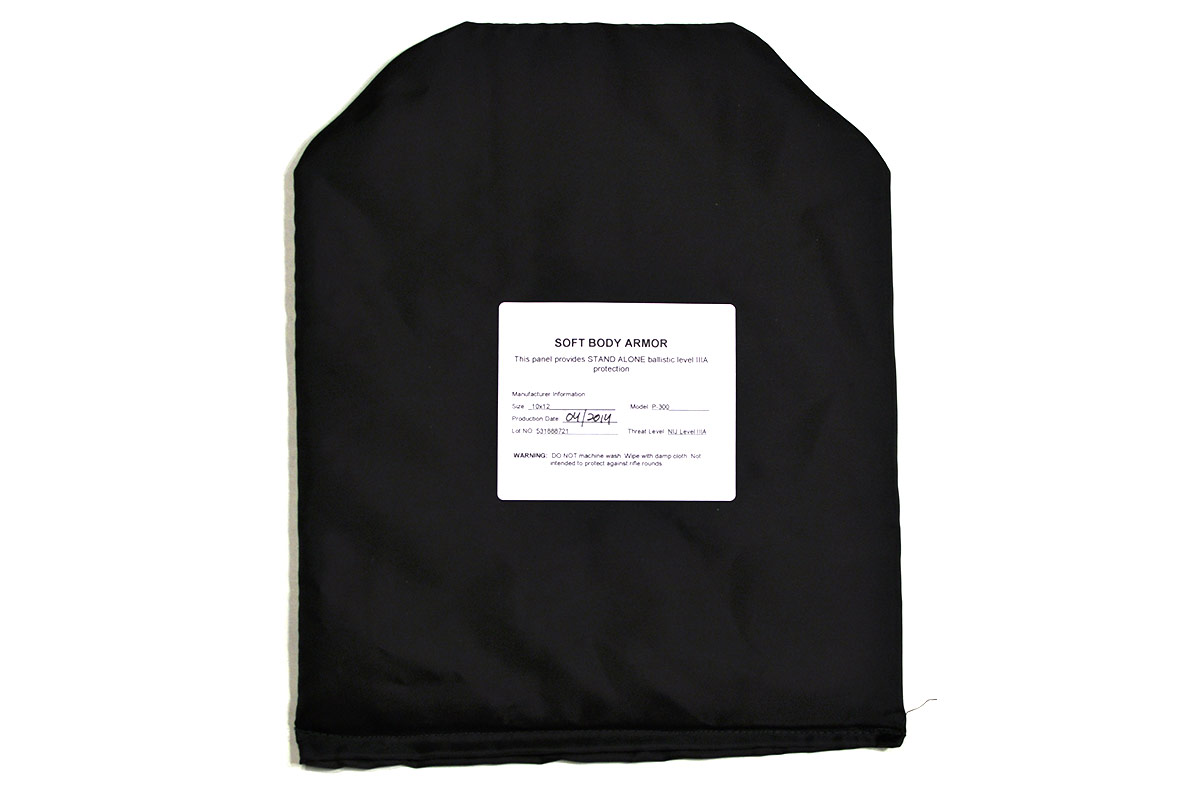 These are the 10 in. X 12 in. plates in the shooters cut profile (the top left and right are cropped to fit the chest better). Many plate carriers out there use this style plate and you need to order the right ones for your carrier, or they wont fit.

There are no major defects that I can see or feel from a decent going over… The plates are covered by a synthetic material that is loosely stitched around what feels like Kevlar® (or some form of UHMWP material). What these are actually made out of is not listed on the website or on the product its self. Also, these are NOT NIJ certified. They are “tested to NIJ levels” but not certified (so the company tells me).

Over the past couple weeks I have been hunting down some body armor; certain ranges (many police ranges for example) require it, and it’s something that I like to wear during firearms training classes. You should train as you fight, with the appropriate gear; you don’t want to cheat yourself. You need to know how to move and react with your gear. That being said, any type of body armor for your local public shooting range is probably a bit overkill. If you feel you need armor at your public range, you might want to consider finding a different range. One of the reasons I tend to avoid my local ranges.

If you feel that you need body armor at your public range, you should probably find a different range.

In all honesty, I could probably get away with not having any armor at all, this isn’t a war zone… I could borrow when needed, etc., but I got a little fixated on the process and having my own gear. I ended up finding some pretty good deals, or what I consider a good deal, on some new equipment. I’m going to try to outline a bit of what I learned along the way, and hopefully that will help someone if they are looking to buy something.

The first realization I had in the shopping process is that there are a lot of options. Different styles, shapes, colors, protection levels, and brands. Trying to jump through all of that and figure out what to get was a pretty mind bending process. I was mostly looking at concealable vests, I ended up finding more than that, but that was what I originally set out for.

There are a few protection levels for concealable vests and body armor in general, the standard levels described by the NIJ (National Institute of Justice) are IIA, II, IIIA, III and IV. If your interested in reading the full NIJ standard, it’s available here. The information listed in the table below gives a basic outline of what the NIJ uses for testing each protection level.

* only flexible armor will be tested in a “conditioned” state. Conditioning involves controlling air temperature (tested @ 65°C/149°F), relative humidity (tested @ 80%), and tumbling the materials (72,000 rotations) before testing.
Whatever body armor you wear, it should be able to stop your duty load.

The general rule of thumb that I’ve been told, multiple times, is that whatever level of protection you wear, it should be able to protect against your duty load. So if you are a police officer, your vest needs to be able to stop whatever round you carry in your sidearm.

There are many aspects to the NIJ tests, as an example, there is a test called the “Backface Signature” (BFS) test; this is the depth that a projectile indents a testing medium when it hits the armor. It’s the basic deformation of the vest into you when shot. The NIJ states a maximum of 44mm (1.73 in) for all protection levels. Most commercial vests that I’ve seen have had BFS measurements in the 30-38mm range. This is another specification you can use when comparing different options, if you need some more scientific information. If you want a whole lot of scientific information about testing, check out the NIJ Standard-0101.06 (Ballistic Resistance of Body Armor) testing specifications, you can really nerd out on it all if you want.

The NIJ also has a 0115.00 Standard for Stab Resistance. This is a rating that is used to rate protection from stabbing from knives or other sharp objects. Many vests say they are “stab resistant” but are not actually NIJ rated; the NIJ rates armor stab protection using Level designation of 1, 2 or 3. The table below outlines the ratings and the basic stab test parameters.

The NIJ document outlining all of the details for the Stab Resistance testing is available, here. So if you find a vest that is stab rated, you will know what that rating actually means, to one degree or another.

Generally, concealable body armor only offers up to the IIIA protection level, for things like level III and IV, you usually have to add things like ceramic or steal plates. Something like a plate carrier is usually used for these, and they are not really “concealable”; ceramic plates can be quite thick. Also, to meet a lot of the testing standards, many level III or IV plates also require a plate backer. This is due to the ceramic plates cracking and breaking apart after impact. AR500 steel plates have become very popular for level III and IV protection online, most of these tout that they are tested to NIJ levels, but are not actually NIJ certified. You can buy AR500 plates online for around $60 USD and up from places like ar500armor.com. A major concern of mine about AR500 style plates is spalling; many companies offer anti-spalling coatings, etc. But you should definitely do some research before purchasing anything as it is a widely unregulated market.
END_OF_DOCUMENT_TOKEN_TO_BE_REPLACED